A wondrous exploration of: 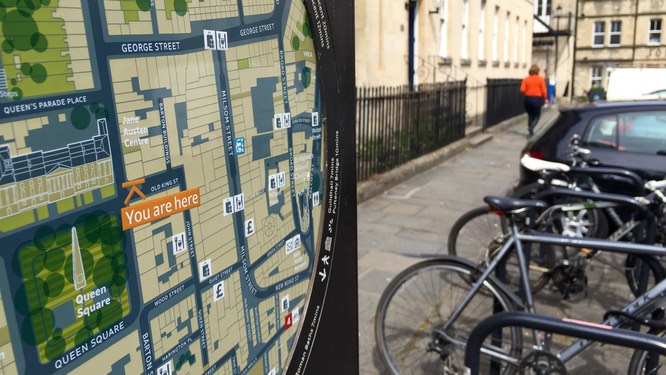 I’m no expert on faith, but one bit of feedback I can offer to Christians: your loudest social media brand ambassadors are truly awful. (@anildash)

When it’s your job to get others to change, you’re basically onto a loser even before you start. (@flowchainsensei)

You can’t do business without the numbers, but if numbers is the only thing that directs your business, you are doomed. (@MrAlanCooper)

Why is it that the companies with the biggest UX budget and most talented UX teams often have the crappiest UX? (@MrAlanCooper)

In order to present your product or service in a cohesive and consistent manner across a slew of properties, browsers, devices, and environments, it’s essential to take stock of what your interface is composed of. Documenting unique UI patterns highlights inconsistencies and sets the stage for a broader conversation about establishing a pattern-based workflow.

So how do you go about conducting an interface inventory? What are the considerations to keep in mind?

Conducting an Interface Inventory by (1306 words).

Users might interact with visuals on screen, but words are themselves interactions. Not to downplay the new possibilities opened up by technology, but it’s important to ensure that the written word doesn’t get left behind. Just as a finger swipe can accomplish things that written copy cannot, words, also serve functions that can’t be replaced—no matter how far technology advances. Words complement the other dimensions instead of competing with them. Since they are one of the first meaningful interactions that users seek out on-screen, words help frame our experience with the other elements of interaction design

The Most Essential Ingredient In Interaction Design? The Words by (1445 words).

Verizon seems to have gotten LA disease. It runs a bunch of antennas and fiber optic cable, but what it would really like to do is direct (@Pinboard)

Today, Firefox includes an integration with the Adobe Content Decryption Module (CDM) to playback DRM-wrapped content. The CDM will be downloaded from Adobe shortly after you upgrade or install Firefox and will be activated when you first interact with a site that uses Adobe CDM. Premium video services, including Netflix, have started testing this solution in Firefox.

Update on Digital Rights Management and Firefox by (327 words).

When your company considers only local talent, you’re hiring for geography, not skill set. I challenge you to find a single case study where being in the same location proved a greater contributor to a company’s success than the passion and talent the team brought to the table.

The Flexible Future: Why You Should Focus on Building a Workforce Not a Workplace by Amy Taylor (1201 words).

Before the election, David Cameron stated that “should he be re-elected, a Tory government would plan to block encrypted messaging applications … unless the government gets backdoor access to users’ messages.” Well, guess what Ind.ie is building? And guess what we’re not going to do? That’s right, we’re not going to stay in a country where we might be forced to backdoor our products (and possibly not even be allowed to tell anyone about it).

Every great product is born from some engineer frustration, right? Same with PermissionScope. I was struggling with how to present permissions when we were building treat. There are no existing projects that have kept up with the current state of iOS apps and provide a low-cost (a.k.a. low-time) way to ask for permissions. The super-slick contextual explanation flows are nice but do you want to spend time during your initial app release building one?

Think of your selectors as mini programs: Every time you nest or qualify, you are adding an if statement; read these ifs out loud to yourself to try and keep your selectors sane.

Good API design = making the simple case easy and the complex one possible. Just like good UIs. After all, an API is a UI, just not a GUI. (@LeaVerou)

I’ve never seen True Detective but based on every HBO promo I assume it is a documentary about frowning. (@mikesphar)

“Pure CSS” is not pure. It needs HTML. CSS is more like an ectoparasite that lives on the skin surface of HTML elements ;-)))) (@ge1doot)